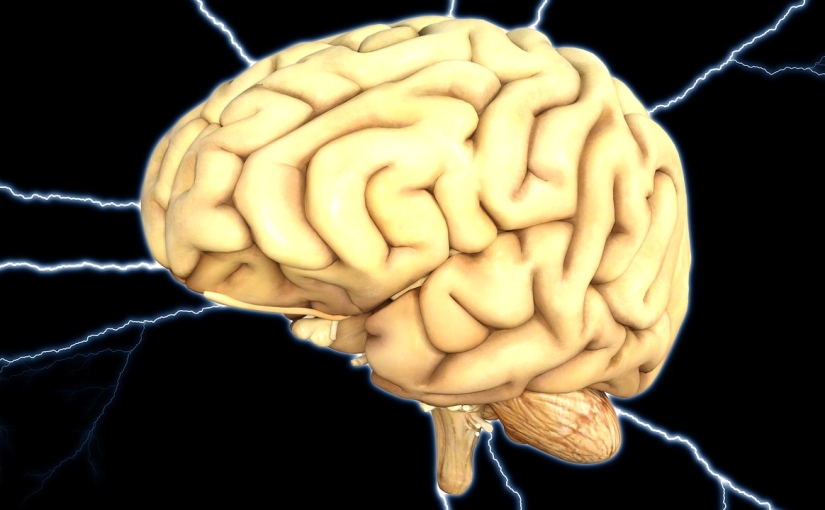 I try to keep on top of trending topics. Short of that, I just shoot for interesting. I think this blog post hits both areas. Let’s get real: When is talking about health (read: diets) not trending? Never? Correct! So, answer these questions:

If your answer was anything other than, “I don’t know, RJ. Tell me more!” then think again! I’m going to tell you more! You see, I’ve always heard, read, and been told by personal trainers that consuming food every three hours or so—whether it’s three meals and three snacks or six small meals, really however you want to break it down—will boost metabolism and is better for your body. From a fitness or weight loss aspect, anyway. And, for years, I understood this to be basically universally agreed upon. Then, I watched Neural Stem Cell Researcher Sandrine Thuret’s presentation in the TED Talks series.

So, for those of you that may not be interested in researching neurogenesis, I’ll give you the short of it. Dr. Ananya Mandal, M.D., breaks down neurogenesis in this way:

The term neurogenesis is made up of the words “neuro” meaning “relating to nerves” and “genesis” meaning the formation of something. The term therefore refers to the growth and development of neurons. This process is most active while a baby is developing in the womb and is responsible for the production of the brain’s neurons.

The development of new neurons continues during adulthood in two regions of the brain. Neurogenesis takes place in the subventricular zone (SVZ) that forms the lining of the lateral ventricles and the subgranular zone that forms part of the dentate gyrus of the hippocampus area. The SVZ is the site where neuroblasts are formed, which migrate via the rostral migratory stream to the olfactory bulb. Many of these neuroblasts die shortly after they are generated. However, some go on to be functional in the tissue of the brain.

That was written back in 2014, before Thuret’s presentation. Now, we can be fairly confident that spacial recognition could be added to Dr. Mandal’s list of key functions aided by neurogenesis. Neurogenesis is good, is what I’m saying. And it’s something that you can control, to a degree, through diet, anaerobic exercise, learning, sex, sleep, etc.

So, where does the body vs brain question come into play, you ask? Well, neurogenesis and fitness have…

Conflicting Views About How and/or When to Restrict Calories

The one thing both neurogenesis and fitness (or weight loss) tips have in common is cutting calories. But, they differ in the how and when of it. As I’ve mentioned, fitness/weight loss tips—such as those from Livestrong and other fitness industry mouthpieces—glorify the grazing method. A method, I might add, that has little to no scientific basis, and thus is not the basically universally agreed upon theory I had thought. Don’t believe me? Ask the NY Times. Don’t believe them? Well, how about Nutrition.org?

It is generally the calorie cutting sometimes paired with grazing that is favorable. The same calorie cutting is desirable to aid in neurogenesis. In a blog published by Stanford University, the argument for dietary restriction (only eating about 70% of the total daily intake) is made. Here’s where we start getting our conflict:

[Dietary Restriction (DR)] is a drastic strategy: it takes tremendous willpower to limit calories to 70% of the normal diet. Furthermore, DR is difficult to implement properly; there is a risk of starvation if the diet is unbalanced, which can have wide-ranging consequences. Luckily, similar effects to DR have been found in mice by simply increasing the amount of time between meals.

Similar results by increasing time between meals, you say? Ok, cool. Let’s explore that further by looking at an article from the journal Neural Plasticity. This article explores the role of diet on neuroplasticity (also called brain plasticity). What we want, specifically, is the role of spacing out meals and how that affects neurogenesis. According to the article:

Many studies suggest that Intermittent Fasting (IF) results in enhancement of brain plasticity and at cellular and molecular level with concomitant improvements in behavior […] Furthermore, the effects of IF following excitotoxic challenge associated with lower levels of corticosterone, lead not only to decreased hippocampal cell death, but also to increased levels of hippocampal BDNF and pCREB and reversal of learning deficits.

“But RJ,” you might be saying. “What does neuroplasticity have to do with neurogenesis and where have my underpants gone?” Well friend, I can’t help you with that second part, but here’s what I’ll do. I’ll give you a wee bit of an explanation as to why I included the neuroplasticity bit. Neuroplasticity mainly concerns the strengthening of new or different pathways (or connections) in the brain. That’s an extremely unjust way to describe it, but it’s the simplest.

Neuroplasticity and neurogenesis go hand in hand. Phosphorylated cAMP response-binding element protein (that’s pCREB) promotes brain-derived neurotropic factor (that’s BDNF), “which induces neurogenesis, especially in the hippocampus,” according to Ethan Rosenbaum. “As a result, mice with decreased levels of pCREB or any other promoter of BDNF have decreased spatial navigation skills and decreased memory retention […] due to the neuronal death in the hippocampus.”

Spacial navigation? Memory retention? By God, those are products of neurogenesis! Are you following the cycle? I hope so, because I refuse to hold your sweaty hand. So, which would you change your lifestyle for? Brain, or body?

Well, I sure hope your answer was “both.” Because you can do it.