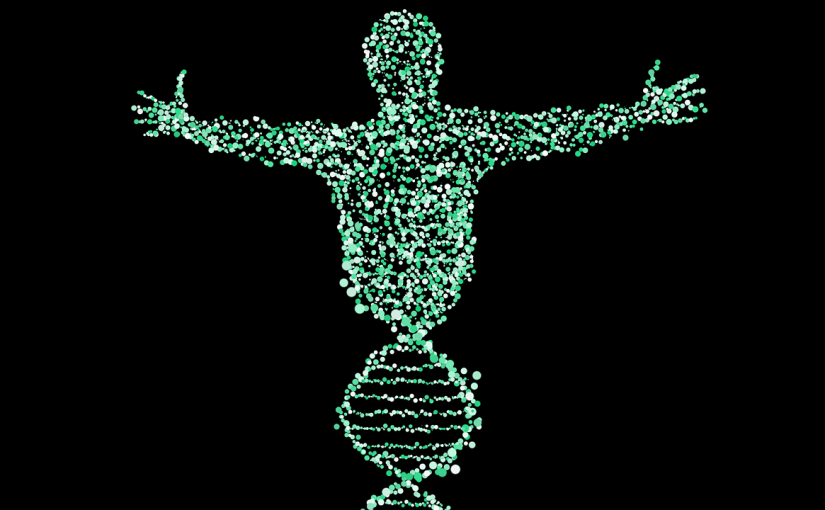 I know, I know. It’s been days. But, you can relax now. I’m here. Oh, and Dave, of course. Dave is always here. Today we (but mostly I) are going to discuss the fun, exciting, and controversial topic of genetic manipulation! I’ll hold for applause. Specifically, we’re talking about genome editing. The first quarter of this year (that’s 2017, in case you’re reading this in the future or are a time traveler) has seen exciting news coming from the genetics field, and with the help of CRISPR (that’s clustered regularly interspaced short palindromic repeats) gene editing, advancements are being made pretty swiftly.

So, CRISPR jumped on the scene as a more affordable, more precise, and quicker way to manipulate genes. CRISPR is made up of an enzyme (that’s the Cas9 part, which is often dropped from the acronym) and a bit of guide RNA. I’m going to share with you my favorite description of the CRISPR process, which was written by Sarah Zhang in this article:

Cas9 is an enzyme that snips DNA, and CRISPR is a collection of DNA sequences that tells Cas9 exactly where to snip. All biologists have to do is feed Cas9 the right sequence, called a guide RNA, and boom, you can cut and paste bits of DNA sequence into the genome wherever you want. [… ] Cas9 can recognize a sequence about 20 bases long, so it can be better tailored to a specific gene. All you have to do is design a target sequence using an online tool and order the guide RNA to match. It takes no longer than few days for the guide sequence to arrive by mail.

The benefits of using CRISPR gene editing extend from the agricultural side of things to health and wellness in humans, our pets, and potentially our future children. According to this article in New Science, “David Ishee, a dog breeder from Mississippi, told the US Food and Drug Administration that he planned to use CRISPR gene editing to fix a mutation that makes Dalmatians prone to kidney disease.” Want more? In a Wired article by Amy Maxmen, we can see a bigger run down of the goings on with CRISPR:

Using the three-year-old technique, researchers have already reversed mutations that cause blindness, stopped cancer cells from multiplying, and made cells impervious to the virus that causes AIDS. Agronomists have rendered wheat invulnerable to killer fungi like powdery mildew, hinting at engineered staple crops that can feed a population of 9 billion on an ever-warmer planet. Bioengineers have used CRISPR to alter the DNA of yeast so that it consumes plant matter and excretes ethanol, promising an end to reliance on petrochemicals.

A lot of good could come from the ongoing study and use of CRISPR, but I know the one thing you’re all wondering…

The Question of Designer Babies

Will this breakthrough lead to the ability to produce designer babies? This is the $64,000 question, right? And, also… Is it ethical? When will it be possible? What are the consequences? Let’s start with the ethics aspect.

Previous studies using CRISPR gene editing in human embryos have been done using only abnormal embryos—as in, embryos that couldn’t actually become children. But, this route was ineffective. The embryos’ genetic abnormalities don’t give an accurate look at what might be achievable in healthy embryos. So, when all else fails, there must be a compromise.

At the Third Affiliated Hospital of Guangzhou Medical University, a team has switched from abnormal embryos to “normal embryos derived from immature eggs donated by people undergoing IVF,” according to Michael Le Page. “Immature eggs like these are usually discarded by IVF clinics, as the success rate is much lower than with mature eggs. However, children have been born from such immature eggs.”

Toeing the ethics line? Maybe. But, as is the case with a deceased organ donor’s organs, if one person isn’t using it, someone else can.

While using CRISPR gene editing could lead to designer baby manufacturing, we’re a long way from that. Which means we’re a ways off from discussing the consequences. For the most part, current embryonic studies are focused on isolating and editing genetic disorders. The aforementioned team at Third Affiliated Hospital, for instance, is focused on the genetic disorders causing favism and betathalassemia, both of which affect the blood.

At the current stage, these types of studies are running into their own problems—primarily mosaicism. Mosaicism is when, during cell division, both repaired and unrepaired DNA is present.

While progress is being made in the genome editing arena, there is still quite a road that needs to be traveled. Fortunately (or unfortunately, depending on your outlook) science in traveling that road on a high-speed rail instead of a horse-drawn carriage.