Although their signage is bright blue, Cofax blends into the line of high-end skater shops, diners, coffee houses, and thrift stores densely packed into the Fairfax area. So, you’ll probably need to do a bit of scouring to spot it on the East side of Fairfax between Oakwood and Rosewood. Parking is hit or miss, but there is some non-zoned residential parking you could use as a last resort. The inside is minimal to the point that there are only a few places to sit and eat, which can be a problem because Cofax is justifiably popular. Not only do they have well-reviewed Breakfast Burritos, they have a fresh assortment of pastries and an impressive selection of rotating coffee roasters. In addition to their tasty offerings, every member of the staff that I have encountered has been really welcoming and knowledgeable about what they sell.

As I mentioned earlier, there are two (sort of four) Breakfast Burritos at Cofax. Neither is too straightforward, but the less surprising one is the Chorizo BB. It mostly contains what you would expect in a BB: a grilled flour tortilla with chorizo, scrambled eggs, jack cheese, potato, and pico. But there are a few exciting twists: the potato is actually a smoked potato hash with grilled onions and bell peppers; and, as a little bonus, corn tortilla pieces are crumbled into the burrito, giving each bite a slight but satisfying crunch.

Then, there is the Pastrami BB, in which you will find pastrami (of course), tater tots, pickled jalapeños, a fried egg, and yellow deli mustard. This one is a major point of reference whenever I think or talk about clever BB, because the pastrami and mustard are downright startling to see included in a breakfast burrito, but the pickled jalapeños provide just enough tang and heat to tie the disparate elements back together.

The other two BBs which are sadly mentioned so infrequently are the Veggie and the Bacon BBs. The Veggie contains pretty much the same ingredients as the Chorizo, sans chorizo. If you don’t eat meat, it’s a great way to still enjoy the most exciting parts of that burrito, like the smoked potato hash. The Bacon has more in common with the Pastrami, but with different meat, no mustard, and a scrambled egg (though I’m sure they would fry the egg if you asked).

A serious dilemma arises when you look in the bottom of the bag and see two plastic ramekins of salsa. The red salsa has the slightest amount of heat and the roastiness pairs well with the smoked hash on the Chorizo. But the milder green salsa complements any of the BBs with a contrasting tang. The dilemma is not only which salsa to use for each bite, but whether to use the salsa at all. Both salsas are tasty, but the burritos are already so complete on their own. It’s a tough decision to make, but I trust that you can handle it.

When it comes to how classic or clever Cofax’s burritos are, it depends on which one you’re talking about. Again, the Chorizo and, therefore, Veggie contain much of what you would expect in a Breakfast Burrito, but the smoked hash and the corn tortilla crumbles make these ones still pretty darn special. So, from classic to clever, they’re around a 7.

The Pastrami BB is a bit more adventurous. The mustard, pickled jalapeños, and the fact that it works so delicately make Cofax’s Pastrami Breakfast Burrito one of the cleverest BBs I’ve ever had. The fried egg doesn’t hurt either. From classic to clever: 8.5.

But, as always, a disclaimer:

These numbers are not reflective of how much I enjoy these burritos. I [bleep]ing love them. They’re both 10s.

$7-8, depending on the burrito you choose, which is a really good deal because, not only are these burritos smartly assembled, they’re pretty big too. And, no matter which you go with, I’m pretty certain you’ll be happy.

You can get these burritos any time Cofax is open. And they have donuts and cookies as well. And good coffee. They frequently post pictures of all of these things @cofaxcoffee on Instagram. 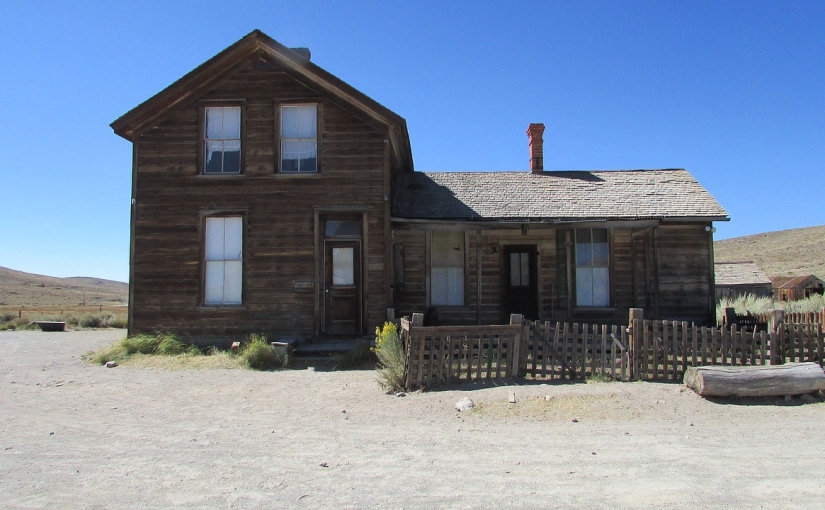 Donna Campbell is a Northern spirit in a Southern zone, capturing short story fiction. Nicknamed “raptor” by her best friend many years ago, she’s better known in her role of tracking life from every angle. You can follow her on Instagram @imraptorbhm.

The old, green Pontiac bounced down the two-lane highway off the main road near the outskirts of North Fork, California. A tear rolled down Mabel’s cheek as she drove up the gravel road to the empty, crumbling building that once brought her abundant happiness. As she parked near the front door, the weathered building seemed smaller than in earlier days. Taking a deep breath and opening the car door, Mabel stepped out and stared at the chipping white paint and old signs. A faint smell of cat urine made her wrinkle her nose.

The morning’s events were still fresh in Mabel’s mind. The somber funeral home, the whimpers of hushed tears, the soft organ music…he was really gone.

Mabel had met Jack, her husband of 52 years, at this very place. He was a dusty stranger in need of a cold drink. As he stumbled through the screen door and took an open spot at the tiny counter, Mabel brought him the tallest glass of ice water. Jack smiled. That’s all it took—a smile and a glass of water had brought two people together. Mabel kept his glass full of water that day, and every day thereafter, until Jack’s illness took him home.

With the key in her hand, Mabel opened the screen door and unlocked the wooden door. Looking around, she remembered the store front sold the basics, such as tobacco, candy, soda, and a small assortment of gloves and caps. A small hallway led to the back of the store to the dining area and kitchen. The humble surroundings came to life when dinner and supper were served. The locals and the occasional passerby were treated to the best home-cooked meals and the latest news. The walls buzzed with laughter and the aroma of pot roast drifted through the open window screens.

No one saw Mabel slip out the back of the funeral home. She needed some space away from the grieving. The store seemed the perfect place to reflect on her past, present, and future. Sitting at the counter, Mabel heard a soft meow. Turning to the screen door, she saw a gray kitten saunter in and sit at the sunlight’s edge on the worn floor.

In that moment, Mabel bowed her head and placed her hand on the weathered railing.

Mabel opened her eyes as the kitten brushed against her leg.

The kitten purred in agreement.

We all remember little sayings our parents used to impart to us when we were children, right? Gems such as: “If you eat too much candy, your toes will fall off,” and “If you walk around outside barefoot, you’ll get worms.”

Probably not those specifically …

It’s an interesting thing to think about, though, those little teaching moments. They’re simplified for kids. For example, sugar is not directly linked to diabetes; however, if you overindulge in sweets (or any food, really) you might gain weight which does increase your risk of diabetes and that can increase the risk of artery disease and/or nerve damage and blah blah blah amputation. Ever tried explaining that to a kid? I haven’t, but I have been a kid, and I wouldn’t have cared. I mean … I cared that I thought my toes might fall off, but you better believe I never fucking gave up that sweet, sweet sugary goodness.

The point is, sayings like that stick with you. Specifically, they instill in you the fact there are repercussions to your actions, behaviors, or decisions. If you do x, then y will happen. But there’s more to it than that. What if we go from action/consequence to action/consequence/qualifier.

Two qualifiers there, both essentially changing “can’t” to “shouldn’t.” Those qualifiers are also asking the recipient of this saying (henceforth referred to as Dave; he doesn’t mind) to consider others before acting. So, now Dave has to ask himself, “How will this affect the people around me and how will it affect my friend?” That’s macro and micro level empathy, you guys. That’s something that can be cultivated. With the exception of individuals with certain mental disorders (primarily, but not limited to, sociopathy, narcissism, any form of psychopathy really) people are born with the ability to empathize.

But just because you can do something doesn’t mean you should. Act with the knowledge that what you do creates ripples that reach beyond you. Or, more simply put, just try not to be a dick.