The old, green Pontiac bounced down the two-lane highway off the main road near the outskirts of North Fork, California. A tear rolled down Mabel’s cheek as she drove up the gravel road to the empty, crumbling building that once brought her abundant happiness. As she parked near the front door, the weathered building seemed smaller than in earlier days. Taking a deep breath and opening the car door, Mabel stepped out and stared at the chipping white paint and old signs. A faint smell of cat urine made her wrinkle her nose.

The morning’s events were still fresh in Mabel’s mind. The somber funeral home, the whimpers of hushed tears, the soft organ music…he was really gone.

Mabel had met Jack, her husband of 52 years, at this very place. He was a dusty stranger in need of a cold drink. As he stumbled through the screen door and took an open spot at the tiny counter, Mabel brought him the tallest glass of ice water. Jack smiled. That’s all it took—a smile and a glass of water had brought two people together. Mabel kept his glass full of water that day, and every day thereafter, until Jack’s illness took him home.

With the key in her hand, Mabel opened the screen door and unlocked the wooden door. Looking around, she remembered the store front sold the basics, such as tobacco, candy, soda, and a small assortment of gloves and caps. A small hallway led to the back of the store to the dining area and kitchen. The humble surroundings came to life when dinner and supper were served. The locals and the occasional passerby were treated to the best home-cooked meals and the latest news. The walls buzzed with laughter and the aroma of pot roast drifted through the open window screens.

No one saw Mabel slip out the back of the funeral home. She needed some space away from the grieving. The store seemed the perfect place to reflect on her past, present, and future. Sitting at the counter, Mabel heard a soft meow. Turning to the screen door, she saw a gray kitten saunter in and sit at the sunlight’s edge on the worn floor.

In that moment, Mabel bowed her head and placed her hand on the weathered railing.

Mabel opened her eyes as the kitten brushed against her leg.

The kitten purred in agreement. 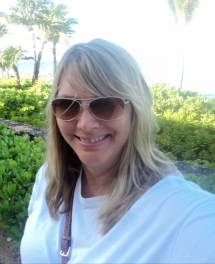 Donna Campbell is a Northern spirit in a Southern zone, capturing short story fiction. Nicknamed “raptor” by her best friend many years ago, she’s better known in her role of tracking life from every angle. You can follow her on Instagram @imraptorbhm.

iThere are no comments

Begin typing your search above and press return to search. Press Esc to cancel.